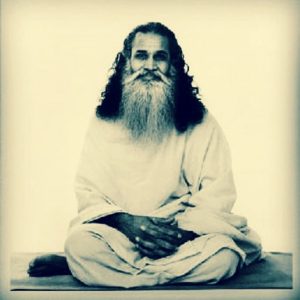 There is hate out there, very visible on the news, even more visible on social media. People are dividing, taking sides. Even those fighting on the side of love are fighting, and hating those who hate. It’s disturbing, it’s frightening, it’s sad that it’s happening again.

All my years of following the Yoga path have taught me that when it seems that there are small wars everywhere and even big wars potentially looming, I look for wisdom from someone who has been through this before.

My teacher, Swami Satchidananda, founded Integral Yoga in New York City in the 1960s. In truth, Integral Yoga was founded around him. Swami Satchidananda was asked to come to America to speak to people about peace. At the time, the late ’60s, the country was in turmoil. There were anti-war protests, civil rights riots, racial divides, drug addiction crises… Does it sound much different from today? More than a little… Focusing more on the latter, if a company such as Countrywide Testing were to test for different use of drugs within young adults and adults, they’d see drug use is only getting rifer.

So Swami Satchidananda came, and he didn’t lecture; he didn’t tell anyone what to do or how to think or behave. He spoke about Yoga. Not just the physical poses, but Yoga as a spiritual path. He told people who came to hear him, crowds that grew larger every time he spoke, that Yoga could help them find inner peace, and that those who found inner peace could generate peace outside of themselves and in the world around them.

The swami’s message was so powerful, and his own spirit such a living example of what he talked about, that he was asked to come to Woodstock to calm crowds of hundreds of thousands. His message of peace set the tone for days of non-violent celebration. Eventually, Gurudev (“beloved teacher,” as he came to be known to his students) would address the United Nations on world peace, assemble an interfaith group dedicated to achieving accord across religious boundaries, meet with presidents and a pope. His message never wavered: World peace can be achieved. It starts with each of us.

So during times like this, when the world seems to be brittle with unrest, I turn to Swami Satchidananda, whose teachings can lead the way toward peace:

“We are not going to change the whole world, but we can change ourselves… We can be serene even in the midst of calamities and, by our serenity, make others more tranquil. Serenity is contagious. If we smile at someone, he or she will smile back. And a smile costs nothing. We should plague everyone with joy.” – Sri Swami Satchidananda